Malaysia has been ranked as one of the top ten real estate investment destinations worldwide and has since received investors from all over the world, including the UK, US, Hong Kong, China, India, Singapore, Indonesia and many more. Malaysia has been making it easier for foreigners to buy properties but this has only come about in the last ten years and many holiday home property purchasers are not aware of the quality of properties and potential that exists in Malaysia. This means they often choose to buy in places like Bali and Phuket which has made these locations much more expensive than Malaysia.

Some features that make Malaysia attractive to foreign investors are:

Direct Foreign Ownership With No Capital Controls
Non-residents are free to purchase residential and commercial properties in Malaysia. All purchasers are subject to restrictions on Malay Reserve Land and properties allocated to Bumiputras (native Malaysians). There is a minimum investment value of approximately RM500,000 for property purchases, but this varies from state to state so be sure to contact the state land authority before making any down payments. There is no restriction on the number of properties a foreigner can buy although they will require State approval for any property purchase. This can take several months. Malaysia has the advantage of having contracts written in English and unlike some neighboring countries there is no need for nominees. Foreigners are also allowed to own freehold properties.

Transparent Torrens Land Administration System
Malaysia land law is based on the Australian Torrens System. The rights of foreign investors to own and possess property and to seek legal redress in the courts are rights guaranteed under these laws.

Investor-Friendly Tax Environment
From January 1 2010, the effective tax rate on disposal of property is 5% subject to the provsions of the Real Property Tax Gains Act 1976. No tax is imposed on profits gained if the property is disposed of after 5 or more years of ownership. There is no withholding tax on property disposal and no inheritance tax. Investors may have to pay tax on earnings depending on their place of residence and income-tax band.

Repatriation Of Income
Bank Negara Malaysia, the national bank, does not impose any restrictions on the repatriation of profits, rental or proceeds from divestment of investments in Malaysia by a non-resident.

Read on for a general overview of the current state of the Malaysian economy. If you’d like to know more, you may read from The ExpatGo Property Guide, www.expatgo.com/my/guides/property-malaysia 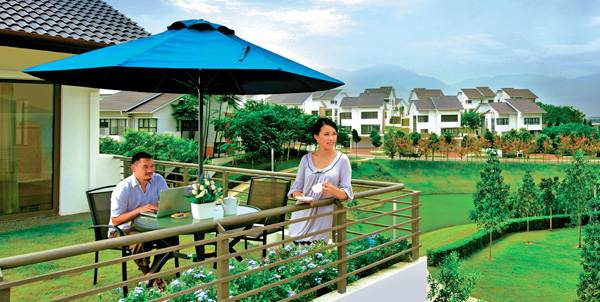 The property market performance is rebounding across all sub-sectors in 2010. 2009 recorded a stabilised total of transactions at 337,859 versus 340,240 transactions in 2008. To date, Q1 2010 has recorded 23.9% of sale of new launches, better than the performance of all quarterly sales recorded in 2009. On the local residential front, REHDA’s (Real Estate & Housing Developers Association) continuous effort in promoting home ownership via the Malaysia Property Expo (MAPEX) saw atotal of 56,674 residential units worth RM16.18billion offered for sale. The industrial sub-sector softened in 2009 as foreign investments into manufacturing declined significantly to RM22.1billion in 2009.

To date, the performance of the property market is positively bolstered by severalmeasures introduced in Malaysia’s Budget 2009:

Commercial sub-sector
Cencerted effort to make real estate investment trusts (REITs) more appealing to foreign investors i.e. tax cut from 20% to 10% on dividends received by foreigninstitutional investors from REITS and 15% to 10% for individuals.

Other salient improvements from 2009 onwards is the reduction in time taken for property registration, from 144 days to 41 days for Sistem Taksiran Pindahmilik Harta that requiresvaluation and 34 days, without valuation. On the construction front, 103 One Stop Centres(OSC) have been established as at end 2009 to help expedite application processes fordevelopment.

As for updates of Malaysia’s ﬁ ve economic corridors, publicly-released data in Q2 2010 signiﬁed substantial improvement in transparency of the corridors’ progress. Projects currently under implementation are as follows: