Malaysia apart from being known as a food paradise, cultural centre, as well as tourism and business hub, is also a land of many wonders and mysteries. Its natural and traditional ethnic medicines and cures have been known and practiced for centuries if not thousands of years. Chris Yip writes and throws some light onto Malaysia’s rich inheritance of natural plant life and animal species that are the sources of these traditional medicines as well as multi-racial traditional treatments handed down over generations.

I remember when I was a boy, my mum would often ‘double’ boil Chinese herbal soup with chunks of chicken pieces, sometimes with bird’s nest or winter fungus added in, especially close to my siblings’ and my school examination periods. The delicious soup with its traditional Chinese herbs and added ingredients is said to give one extra vitality and energy plus brain stamina which was invariably much needed in my case.

But in actual fact, Malaysia being near to the equator and rich tropically is well-endowed with numerous plant and animal species that can be used in treating many types of ailments and conditions often in miraculous ways besides being sources of powerful nutrients, supplements, fortifications, as well as enhances of health and robustness.

Malaysia not only has its traditional Malay and ‘Orang Asli’ (Indigenous people) medicinal practices which derive their medicines, potions, and ointments etc from 1,300 species of local plants which have medicinal properties (Malaysia has over 6,000 species of tropical plant life) but also has ancient Chinese and Indian traditional medicines and treatments grafted into the core of Malaysia’s old medicinal traditions.

Although not scientifically proven in most cases, these traditional medicines and health remedies have been tried and tested by locals and even foreigners, whom have benefitted from their high nutritional value as well as ability to cure and prevent numerous ailments. All these make Malaysia’s traditional medicine practices as varied and colourful as Malaysia’s inherent cultural diversity which can be mystifying to foreigners and expats.

The following is a list of 10 of some of the more common elixirs, foods, and treatments as well as uses that are part and parcel of the Malaysian traditional medicinal heritage.

An interesting and unique herb it is known to have positive effects on several mechanisms involved with sexual (for males) and hormonal functions. It is probably the safest and most effective herbal testosterone enhancing medicinal plant with little or no side effects available today. Having anti-ageing benefits on the male reproduction system, where it increases your body’s free testosterone bioavailability via its mechanisms makes this somewhat legendary potion much sought after by locals. 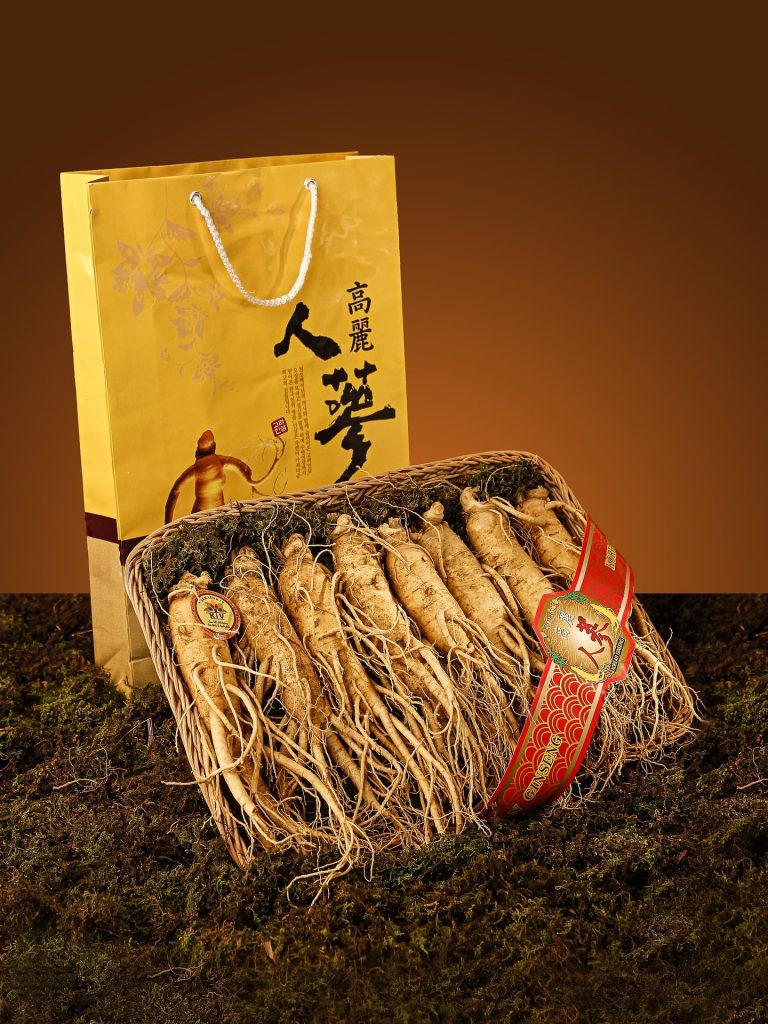 Ginseng which is the fleshy root of slow growing perennial plants belonging to the genus Panax of the family Araliaceae, comes mainly from China, Korean, and a few other regions is consumed locally mainly by Chinese Malaysians for traditional medicinal purposes to treat headaches and migraines, insomnia, and digestive problems. In Malaysia you will find green (fresh), white (dried), and red (steamed & dried) ginseng sold in most Chinese traditional medicine shops. The ginseng roots contain phytochemicals that when processed help make it a remarkable health giving tonic. 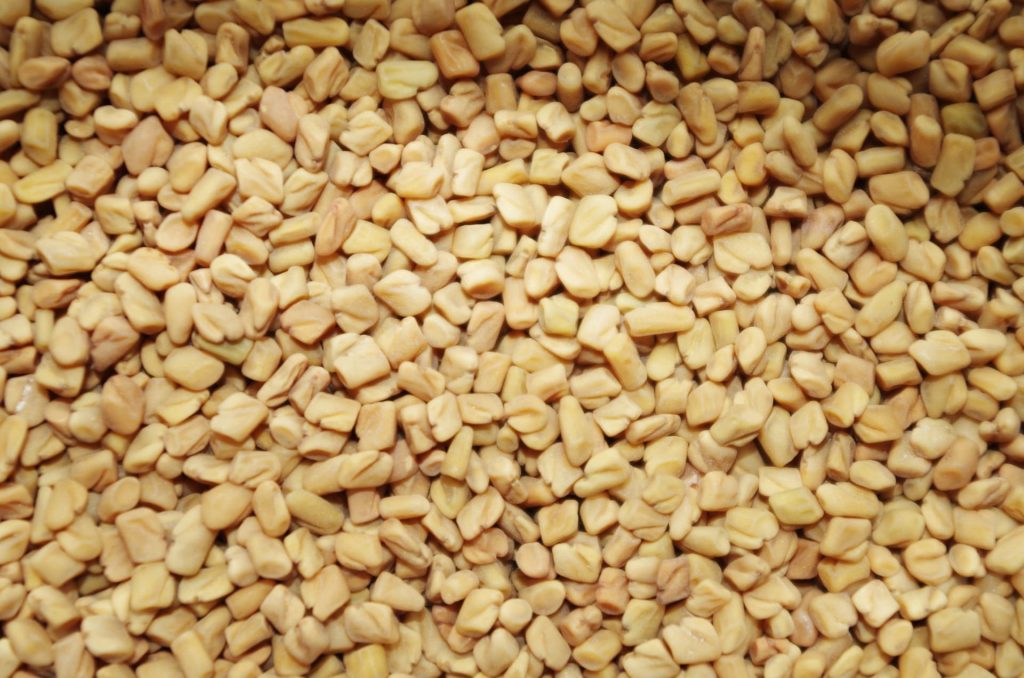 This remarkable or somewhat miraculous seeds, from pods of a plant, which are called fenugreek or Alba Vendhayam (Tamil) or Alba Methi (Hindi) that is very much part of the Ayurveda – Traditional Hindu system of medicine. Famed for its natural disease curing and preventive abilities such as prevention of intestinal gas, cramps, flatulence, bloating stomach, indigestion, cancer, high blood pressure, diabetes, arthritis, liver toxicity and many other disorders it can be bought at most Indian grocery and mini -marts in Malaysia at a low price. Also used as an essential part of Indian spice with its character of enhancing taste of food it also helps in kidney stone dissolving, acne, inflammation, and joint pain reduction, obesity, cataract prevention, heart health, and protects against breast cancer because of its antioxidant effect. Its side-effects are minor and temporary on most occasions although allergic reactions can occur also which are more pronounced. 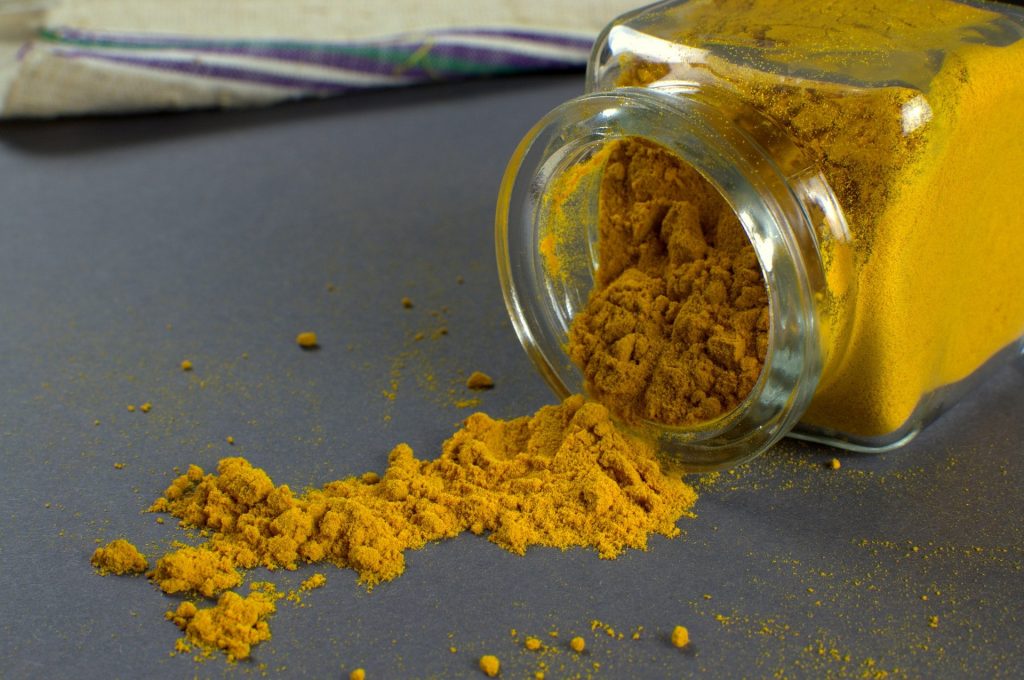 Tumeric comes from the fleshy root of the turmeric plant and looks somewhat like ginger in its raw form. It is incredibly health giving and helps cure and prevents many types of ailments because it has bioactive compounds and powerful medicinal properties. Tumeric gives the yellow color and fragrance to curries and is a spice well known and used in India for thousands of years. It contains curcumin which is the main active ingredient that has anti-inflammatory effects, antioxidants, lowers heart disease, prevents and perhaps treats cancer, Alzheimer’s disease, arthritis, and possibly depression also. It helps in delaying aging effects and even helps fight age related chronic diseases besides boosting brain function. Apart from the above it helps alleviate heartburn, joint and stomach pain, ulcer colitis, hemorrhage, Crohn’s Disease, diarrhea, intestinal gas, stomach bloating, loss of appetite, jaundice, liver problems, stomach ulcers, irritable bowel syndrome, gall bladder disorders, high cholesterol, skin inflammations, and fatigue. This miracle like spice can be purchased from most Indian grocery and food stuff shops in Malaysia at a remarkably low price too. 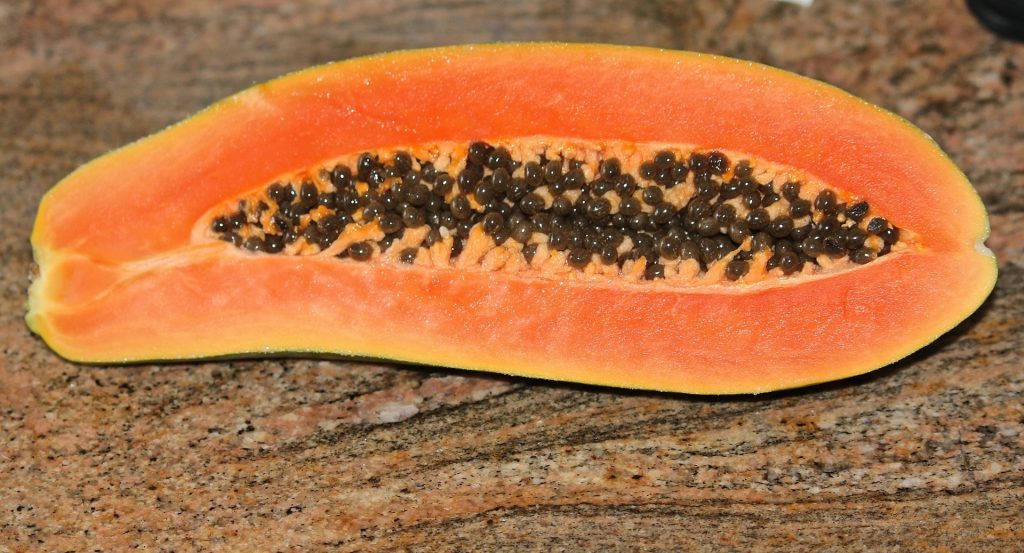 The well loved papaya or pawpaw or scientifically called carica papaya is a health giving fruit with all its parts which includes its flesh, seeds, skin and sub-level skin (whitish layer). Papaya is a rich source of antioxidant nutrients, such as carotenes, Vitamin C, Vitamin B, folic and panthothenic acids as well as minerals which includes potassium, copper, and magnesium, as well as being rich in fibre. It provides protection against cardiovascular diseases, diabetic heart diseases, as well as colon and prostate cancer. It has anti-inflammatory properties and helps prevent arthritis while being good for cholesterol also. The unripe papaya fruit is rich in papain too, an enzyme that aides in protein digestion and was originally from South America but now is grown in most tropical regions of the world. 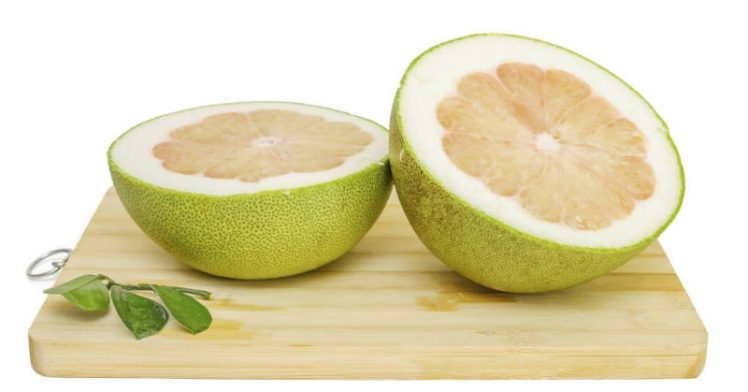 Scientifically called Citrus Maxima or Citrus Grandis, Pomelo is native to south and south-east Asia. Also known as Jabong in Hawaii or Shaddock in western nations and referred to as pommelo at times it is a pulpy edible fruit similar to grapefruit. It can boost the immune system, improve digestion, lower blood pressure, reduce cramping, prevent anemia and cancer, help strengthen bones, reduce signs of aging, aid in weight loss, boost oral and dental health, as well as protect heart health. In peninsular Malaysia the town of Ipoh and its surrounding areas are well known for their luscious and juicy pomelos. 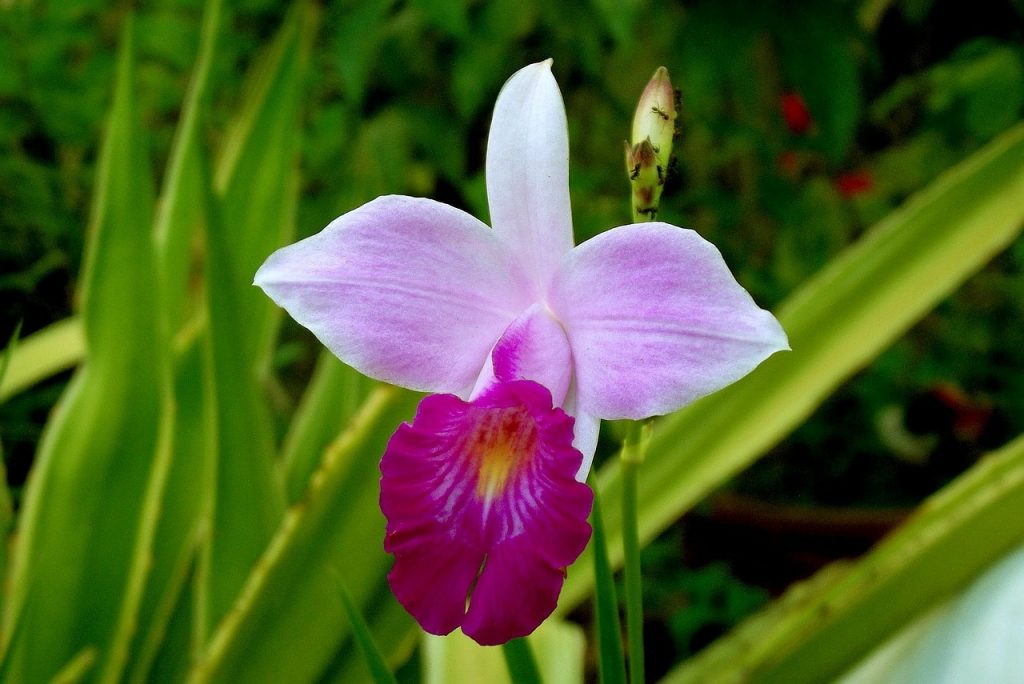 Arundina graminifola, an evergreen orchid that is native throughout Asia, Malaysia included, it is well known as “bamboo orchid”. Besides being ornamental in purpose, it is used as an anti-bacterial substance while its roots are used to ease body aches, a practice commonly practiced by the ‘Orang Asli’.

It is the fruit from a tall tree with the scientific name Garcinia Atroviridis that is found in Peninsular Malaysia, Myanmar, Thailand, and India. It is eaten to treat health ailments like coughs, poor blood circulation, acne, cholesterol issues, and high blood pressure. It even is used for healing earaches and in its dried form is also used for cooking with its tangy sour-ish taste. It is not consumed raw as it is too sour and can be bought in most grocery and sundry shops, supermarkets, and fresh markets. 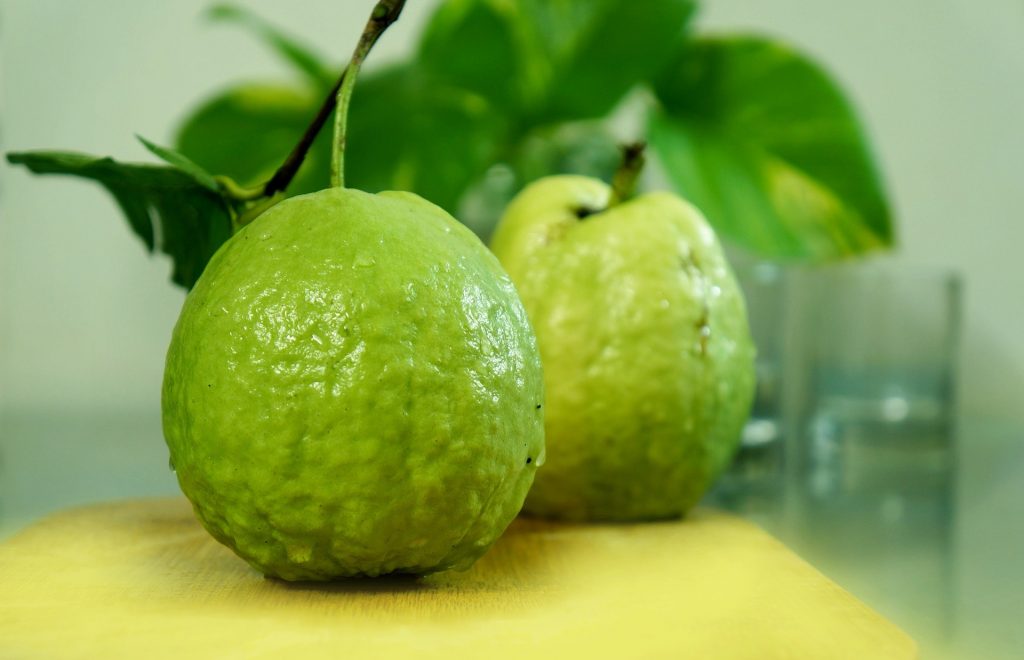 Also known as amrood in Hindi, guava fruit is rich in Vitamin C, lycopene, and antioxidants that are good for the skin, as well as rich in minerals while promoting fertility too. It helps lower blood pressure while also keeping your skin hydrated. Because of its richness in Vitamin C and being potent in antioxidants, it can boost immunity against disease, lower the risk of prostate cancer, and helps prevent diabetes due to its enzymes and high fibre content that regulates sugar spikes.

Guava seeds are good laxatives while the nutrients of its succulent flesh, helps improve the level of good cholesterol (HDL) as well as help sharpen eyesight also. Its anti-bacterial and anti-inflammatory properties can help overcome toothaches, respiratory tract, throat, and lung infections and various other types of infections while its calming effect makes it a stress buster also. But notably it is known to help improve skin complexion.

Edible-nest swiftlets create bird’s nests using solidified saliva which they normally built in holes and ledges in caves. But now it is common for man-made building with rows of holes in the external walls to be used to house commercialized nesting of swiftlets. The nest, made of strands of saliva, is a delicious Chinese delicacy when specially cooked and is rich in minerals such as potassium, iron, calcium, and magnesium.

Best consumed on an empty stomach it can boost the immune system, enhance good complexion and youthful fitness, whilst aiding in skin tissue repair. It fortifies one’s health also by helping in the recovery from chronic illnesses, preventing colds and flu, as well as promoting healthy development especially in young children with it rich proteins and minerals. It also helps to relieve respiratory ailments such as asthma or chronic coughs. Normally sold in Chinese medicinal halls it can also be bought at supermarkets nowadays. The market rate for bird’s nest currently is ranging from about RM5,000 to RM10,000 per kilogram which is really an exorbitant price but then again truly worth it to many who can afford it.

The above is just a fraction of the variety of traditional foods and medicines that make up the holistic combination of the various cultures and traditions of Malaysia’s rich cultural diversity and influences. There are hundreds if not thousands of other natural plant and animal parts that can bring a full range of medicinal enhances, cures and preventive measures against developing ailments to those curious or interested to try them. All of which will make one healthier and also wealthier. That being said, would anyone like to try bat’s wing soup?!