WHY THE MM2H PROGRAMME IS GOOD FOR MALAYSIA

Nobody knows how many people are living in Malaysia with a MM2H visa. The number of people who have received the visa since the programme was launched 18 years ago is over around 45,000 but there is no requirement to spend a certain number of days in the country so it’s not clear where they go once they receive approval for the visa. Around 30% of approvals are from Chinese but it is thought very few actually relocate here. Many received the visa when they purchased property here or applied to avoid the onerous task of applying for a visitor’s visa.

The second biggest group (11% of approvals) are Japanese and again few are thought to relocate here although many spend extended periods in the country. Based on our observations we believe less than 20% of all those approved for the visa, actually set up home here.

Our close involvement with the resident expat community and the MM2H programme has given us many insights into the people who are attracted to the programme. In the past we were asked for input into the rules and regulation and have attended many meetings with government officials to discuss it.

The programme is an excellent initiative, which could have a beneficial impact on the country but it has never been effectively marketed. Limited funds, changing regulations and backlogs in processing applications have all sent negative messages about the programme. There also seems to be mixed views on who the programme is targeting.

When you consider that Malaysia’s population grows by some 500,000 people a year, a few thousand self-sufficient foreigners should hardly have any impact. Collectively their spending can make a material contribution to the country’s economy.

There are other reasons but those are the most common.

We recently did a survey of visa holders who live in Malaysia and received replies from MM2Hers from 31 different countries. None were from China, possible because the survey was in English but also because only a few relocate here.

The respondents overwhelmingly gave the programme a big thumbs up with 87% rating it 7 or higher out of 10. The majority (72%) said they planned to spend the rest of their lives here and others said they were not sure of their plans. Only 5% said they planned to leave, usually to be closer to family. They particularly liked the weather, the food, the friendliness of many Malaysians and the low cost of living which gave them a enjoyable lifestyle. Another big factor was the location of Malaysia which made travel to neighbouring countries easy and they also enjoy traveling around Malaysia with 85% saying they had taken an overnight trips around Malaysia in the last 12 months and many has travelled  around the country more frequently..

The ones that live here on average spend around RM10,000 a month with some (16%) managing to enjoy their lives here on less than RM5000, while others spend a lot more.

Over half had purchased a house here and a third reported that they acquired their home for under RM1 million and a quarter paying over RM2 million. Nearly all (80%) had purchased a car and of these around a quarter had purchased two cars. It’s not hard to see that collectively the ones who come and live here make a meaningful contribution to the Malaysian economy. It should be noted that most applicants are not high net worth individuals. They represent a segment which have reached retirement age and accumulated some funds and receive a reasonable income from their pension or investments each month. This can be seen when looking at the cars they buy, with most avoiding the luxury cars and a preference for the mid-range Japanese models.

Many of them were unhappy that they were still required to place a fixed deposit at low interest when they were making considerable investments in the country and there certainly seems to be a case for waiving the fixed deposit for those who settle here and purchase a house. These are not super rich people and the RM150,000 fixed deposit they make is money they could usefully use elsewhere.  They are helping build the Malaysian economy.

Most did not wish to work but around 20% would be happy to contribute to some work with many favouring some kind of consultancy work. This is currently not available, as although MM2Hers can work they have to go through a complicated application process and must work for one Malaysian entity which is not what most of them want, This system means the country is losing out on the wealth of experience some of these visa holders bring to Malaysia.

Some Malaysian have expressed concerns about expats forming exclusive expat areas and not integrating into the local society. Once again, our research shows this is not the case. In fact, 26% of respondents said they have more Malaysian friends, than expat friends. Another 65% said they had as my Malaysian friends as other foreigners. It’s quite clear that they have no wish to live secluded lives but wish to mix with Malaysians. They are generally older, more tolerant and want to assimilate into the local community.

The programme can contribute billions of Ringgit to the economy especially from those applicants who choose to set up home here. It would seem to make sense to find way to target the ones who wish to relocate here and offer them other incentives. You can see our infographic of the research results here or read the full report here . 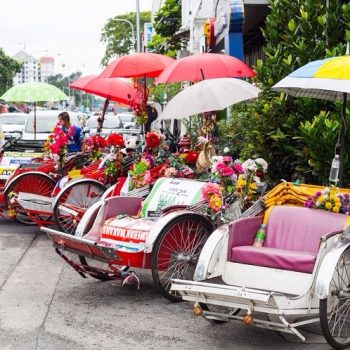