Is Malaysia’s MM2H Programme Still in Place and Practice?

TEG Media CEO Andy Davison, recently wrote a letter to The Star newspaper responding to an earlier letter questioning the benefit of the Malaysia My Second Home programme in Malaysia. He listed a number of material benefits to the country but also referred to the damage being done by the current significant delays in processing new applications.

Set out below is the full text of his letter and the response from the Ministry Of Tourism:

AS PUBLISHED IN THE STAR

I refer to the letter “Evaluation of programmes vital” (The Star, April 4) on the need for proper evaluation of government programmes to determine their benefits to the country relevant to the cost. The writer specifically referred to the Malaysia My Second Home (MM2H) programme, the delays in approving applications and whether it is worthwhile to keep it going. I have been closely involved with the MM2H programme, which I think has been repeatedly undervalued and misunderstood, since 2005 so I would like to share my views about it. I consider it an excellent government initiative which can bring very real benefits to the country. Unfortunately, it is having the opposite effect currently.

In terms of the benefits to Malaysia, there are several. Most applicants are not coming here to work or take jobs from Malaysians but for extended stays or to retire. They have to have a minimum monthly offshore income of over RM10,000 to relocate here, and much of that money will be spent in Malaysia. Many buy a house which, in most cases, must cost over RM1mil because they are foreigners. The majority also buy a car.

A simple calculation will show that those who move to Malaysia under the MM2H programme collectively contribute billions of ringgit to the country in valuable foreign exchange and consumer spending.

In addition to this direct financial contribution, there are other benefits. Participants of the MM2H programme generally spread positive stories about the country to friends and relatives. This results in many overseas visitors coming here, which of course increases tourism revenue. Their positive stories are very useful in offsetting some of the negative stories about Malaysia which seem to frequently appear in the foreign press.

The fact that many expatriates choose to come and live here under the MM2H programme is a clear endorsement of all the things important to older people, such as the country’s infrastructure development, medical care and personal safety. A company thinking of investing and setting up operations here would be reassured by the fact that so many foreigners have voluntarily chosen to settle here rather than just being assigned by multinational companies.

For those Malaysians who worry about exclusive expatriate enclaves being set up, our research revealed that the vast majority of MM2H participants want to mix with the locals and most had more Malaysian friends than people of their own nationality. Being older, they are more respectful of the local culture and customs and are keen to assimilate, as opposed to tourists who can be disruptive.

Every year, the Malaysian population increases by over 500,000 people so the addition of a few thousand foreigners under the MM2H programme is negligible. They pay for themselves and all the extra facilities needed for a growing population as well.

Sadly, the delay in clearing the visa applications and inability of the relevant government departments to advise on when the new applications would be approved have created a negative image of Malaysia and the MM2H programme itself.

We hope the problems will soon be resolved so the programme can continue to contribute to Malaysia’s international image and its future economic growth.

Referring to a letter in The Star dated April 6 titled “MM2H an excellent government initiative”, the Mini­stry of Tourism, Arts, and Culture Malaysia (MOTAC) would like to emphasise that the Malaysia My Second Home (MM2H) pro­gramme is systematically progressing well since its implementation in 2002.

The ministry would also like to state that the MM2H programme is an on-going programme and is still open for new applications.

The Cabinet came to a consensus on Sept 5, 2018, that new applications for the MM2H programme will only be approved by the Home Affairs Minister.

In addition, the MM2H Centre stationed in MOTAC, Putrajaya will act as a secretariat to the MM2H Review Committee.

On March 4, MOTAC took an immediate step to expedite the processing of the outstanding 2018 applications for the MM2H programme. The ministry has also established and embarked on a special task force to collaborate with the Home Affairs Ministry and its agencies, the Immigration Department and the Royal Malaysia Police, in an effort to process all MM2H outstanding applications submitted and received in 2018 as well as in 2019. This exercise is expected to be completed before the end of June 2019.

In the meantime, MOTAC, together with the relevant agencies, has taken several steps to improve procedures and ensure that all new applications will be approved within 120 working days.

The ministry is also in the midst of planning a comprehensive study to review the ecosystem of the MM2H programme, including the processing mechanism, to make it more viable and, at the same time, ensure it remains competitive in the migration industry. 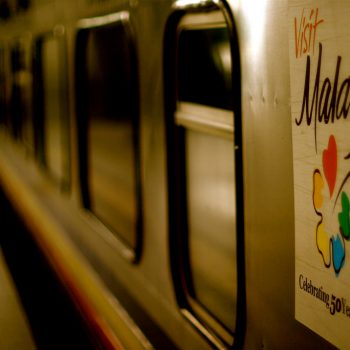 Ten Reasons to Retire or Live in Malaysia