It sure was a big deal a year ago, but when we look at the attention – or lack thereof – that’s being given to this flagship tourist initiative now, we’re left with more questions than answers.

Back in 2017 and 2018, considerable publicity was given to announcing that 2020 would be Visit Malaysia Year, but after some complaints about the logo design, which was launched in mid-2018, things went noticeably quiet, despite announcements at that time that there would be a contest to design a new logo. In fact, it seems possible that it the idea of another Visit Malaysia year has been dropped altogether. Sure, we still hear occasional murmurings, but it seems they’re mostly from the private sector. Given the importance of tourism to the Malaysian economy, the silence from official government channels is surprising.

Considering the many natural and manmade attractions Malaysia possesses, combined with its relatively weak currency, tourists should be pouring into the country in ever-increasing numbers, but it’s not happening. In a region filled with appealing destinations, Malaysia offers a great deal to international travellers. Yet, disappointingly, tourist arrivals to Malaysia in recent years have slowed after years of strong growth.

Partly because of the many visits to Malaysia from Singaporeans, the country enjoys some high tourist numbers, and was once in the top 10 most visited countries in the world. Tourist arrivals in 2010 were around 24.6 million, but in 2017, they had only grown to 25.9 million, a paltry 5.2% increase over a seven-year period. (Singapore consistently contributes about half of those arrivals.) By contrast, Thailand grew their tourist arrivals from 15.9 million in 2010 to a staggering 35.4 million in 2017 – that’s a 123% increase over the same period, an impressive feat indeed for a country which, despite its many attractions, also has its share of political instability along with the occasional natural disaster. Malaysia, which enjoys a stable government, virtually no natural disasters, some of Asia’s very best shopping, and excellent infrastructure, should really be doing much, much better.

So where is the disconnect? Many people blame the lack of funding for the tourism ministry for the slow growth. The 2019 budget speech made no mention of any special allocation to the Tourism Ministry to promote Visit Malaysia Year 2020. This website’s parent company, TEG Media, has received no advertising bookings to help us promote Malaysia, despite the site’s wide reach to travel-minded people living both in and out of the country. A few years ago, before government funding dried up, ExpatGo and its affiliated print publications used to receive regular support, enabling us to promote Malaysia and attract more tourists. We’re not alone in this drop in support, either, as funding for Malaysia’s tourism marketing efforts has shrunk dramatically in a relatively short time.

Compounding the problem of diminishing marketing efforts for tourism to Malaysia, the last few years have also seen the supply of hotel rooms in Malaysia swelling significantly, with several international hotel brands opening new properties, as well as many launched by local investors. Clearly, hoteliers expected stronger growth in tourist arrivals, a growth which has not materialised. With some 300,000 hotel rooms in Malaysia, this translates into a whopping 110,000,000 room nights per year that need to be sold. Unsurprisingly, this oversupply of rooms coupled with an underfunding of tourism marketing contributes to a fairly lacklustre average occupancy rate, which continues to hover around 66% in the Kuala Lumpur market area and 60% overall in the whole of Malaysia.

It’s hard to imagine hotel and resort owners being particularly excited when around 35-40% of their rooms go unoccupied on average throughout the year. In fact, from 2016 to 2017, the only areas which showed even slight improvements in hotel occupancy rates were Putrajaya (up 3.3%) and Negeri Sembilan (up 2.9%). Every other state and market area showed either relatively flat or negative growth. Selangor, one of Malaysia’s most appealing states to visit with its blend of urban and rural attractions coupled with top-of-class infrastructure, actually saw its hotel occupancy rates fall by 2.1%, the second-biggest drop in the country. Penang, with its own incredible appeal as a foodie heaven and UNESCO heritage city destination, didn’t fare much better, its rates dropping by 1.8%. It seems self-evident that these places should invest in more effective marketing… and that really is the key issue.

While there have been other reasons which have dissuaded tourists from visiting, it does seem Malaysia is suffering from a lack of marketing funds, which is hurting efforts to grow – or in some cases, even sustain – tourism levels. Given Malaysia’s economic challenges in the wake of the 1MDB scandal, it is surprising the new government is not making a bigger effort to grow the tourism sector and attract the billions of dollars that people spend when they travel. For example, tourists to Thailand apparently spent an estimated US$50 billion in 2017. This compares with Malaysia, which reported a tourism spend of just US$20 billion. The lower total spend follows Malaysia’s lower numbers overall, of course, but the lower average spend is probably attributable to the lower hotel costs in Malaysia, as well as shorter visits by the many Singapore visitors, who despite their short visits, were nevertheless responsible for some 45% of tourist receipts in Malaysia in 2017.

As a result of all this, Tourism Malaysia has reduced their original projections of 36 million arrivals during Visit Malaysia Year 2020 down to just 26.4 million. Ironically Thailand seems to be confident of achieving over 36 million arrivals in 2020. This is all rather sad, as Malaysia is a terrific travel destination and truly offers plenty of reasons for people to come here, not least of which is value for money – always a compelling selling point when people decide where to take their vacations. 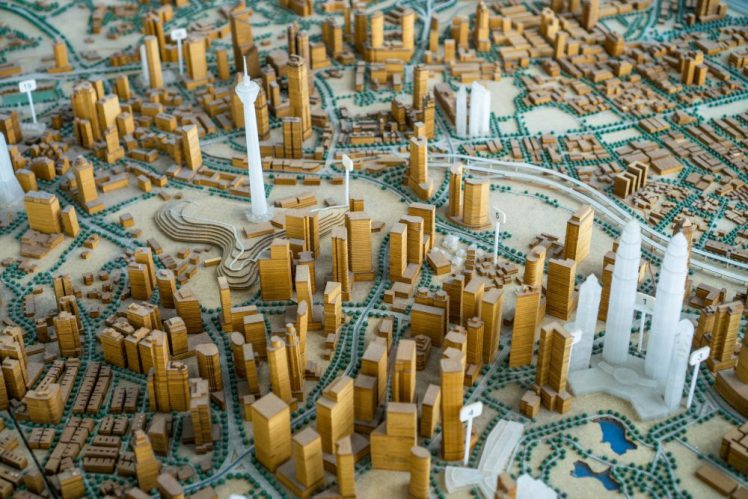 We certainly hope to see the government bodies tasked with promoting tourism, both at the state and national levels, receive adequate funding so that they can more effectively market the many attractions on offer here and subsequently see Malaysia’s inbound tourist numbers given a real boost in the years to come.

Meanwhile, we will be waiting to hear more about the fate of Visit Malaysia Year 2020.