Malaysia has well-developed air and sea connections. It is also accessible by road and rail through Thailand and Singapore on the Peninsula. More than 25 major airlines service the international airports throughout the nation. Port Klang and Penang in the Straits of Malacca link the country to the rest of the world by sea.

Internal travel is relatively easy, comfortable and cheap. The major towns and cities are served by air-conditioned trains and buses and also by regular scheduled flights. Travelling by road in Peninsular Malaysia is easy as it has a well-developed network of roads. In Sabah and Sarawak, travelling by four-wheel drive is recommended on unpaved roads, and many remote areas can only be reached by air or river. Travelling by rail is also highly recommended as you get a panoramic view of the countryside. To get value for money when travelling by rail, plan your journey in advance.

Road
Driving in Peninsular Malaysia on the expressway is very pleasant. It’s a wonderful experience as you can stop anywhere in your own time. The scenery is lush and green and you can always stop overnight at any of the towns as there are always a number of hotels available throughout the journey.Driving outside the cities can be great fun and a excellent way to view the country.

Despite the high accident rate, driving in Malaysia is not as bad a some fear. Many of the casualties are young motorcylists who often ride with a reckless disregard for their own safety. They can make driving a little difficult in the built up areas as they often speed through the car lanes.

An overland journey from Thailand to Singapore can be made easily through Peninsular Malaysia by driving through the North-South Expressway on the west coast and through the East-West Highway to the east coast. Buses, taxis and coaches, both interstate and local, also go between various destinations.
The speed limit on the Expressway is usually 110km/hr, but in some areas it is only 90 km/hr. Expressway users pay a toll based on the distance travelled and the type of vehicle. They collect a transit ticket from the entry toll plaza and pay the toll at the exit toll plaza.

Located along the Expressway are several Rest and Service Areas with food stalls, toilets, public telephones, petrol stations and parking areas. There are also laybys with toilets, public phones and parking areas. If your vehicle breaks down or if you’re involved in an accident, you can contact the 24-hour-service PLUSRONDA for assistance by using the Emergency Telephones placed every two kilometres on either side of the Expressway. In addition, the Traffic Monitoring Centre handles inquiries from Expressway users and can be contacted at 03-2920000.

To drive on Malaysian roads, you require a Malaysian Competent Driving Licence, Probationary Driving Licence or an International Driving Licence. To use a foreign licence, get it endorsed by the Road Transport Department. Please note that all vehicles drive on the left-hand side of the road and that the use of safety belts by all passengers is mandatory.

Air
Malaysia has 5 international airports, 14 domestic airports and 18 airstrips. The international airports are at Sepang in Selangor, Penang Island, Langkawi Island, Kota Kinabalu in Sabah, and Kuching in Sarawak. Malaysia Airlines, the country’s national carrier, operates most of the domestic flights within West and East Malaysia and also those within East and West Malaysia. Firefly, a wholly owned subsidiary of Malaysia Airlines, operates out of their hubs in Penang and Subang. Firefly provides new and exclusive routes to various points within the Peninsular Malaysia, Southern Thailand and Sumatra of Indonesia. Pelangi Air, a private operator, also operates scheduled domestic flights from Subang; mostly to island resorts. Air Asia, Transmile, and Berjaya Air and other carriers operate flights out of the new LCCT (Low Cost Carrier Terminal) to various domestic and regional destinations.

Rail
It is possible to travel by rail within and to Peninsular Malaysia via Thailand and from Singapore. Malayan Railways or Keretapi Tanah Melayu Berhad (KTM) connects all major towns in the Peninsular. First, Second or Economy Class air-conditioned coaches are available. The northbound Ekspres Langkawi departs nightly from Kuala Lumpur to Arau in Kedah. Arriving in the morning, it then proceeds to Hatyai, Thailand before returning back to Arau in the evening.

Senandung Malam is a KL-Butterworth-KL and KL-Singapore-KL sectional nightly service. Sleeping berths are provided in the first and second class coaches. All express services have a restaurant coach serving local and continental cuisine. Tickets may be purchased 60 days in advance from the date of travel. Children aged from four to twelve are charged half the adult fare whilst those below four travel free. Available to foreign tourists is the 30-day or 10-day Tourist Railpass which provides unlimited travel on KTM during that period.

Sea
Many popular island destinations like Langkawi, Pangkor, Redang and Tioman are linked to the mainland by regular ferry services. Other smaller islands are accessible by fishing boats which may be chartered. Ferry services are also available from Tanjung Belungkor, Kukup, Desaru, Johor Bahru Duty Free Zone and Sebana Cove (all in Johor) to Singapore and from Butterworth to Penang.

Where to Live in Malaysia 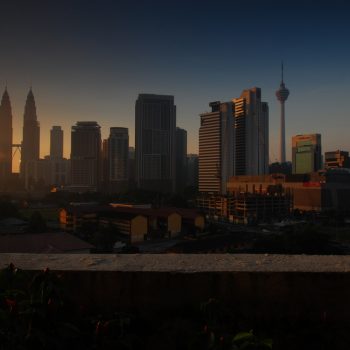